If you’ve been listening in on the blogosphere over the past few months, you may have picked up on a newish term for blog enthusiasts – vlogging. Put simply, vlogging is video blogging, using media to capture your messages and impart them across to your followers. While the concept is not new, the name certainly is, and it’s important to stay abreast of this kind of term, as the coining of a term for a social media phenomenon usually indicates that the technique will be around for a while!

OK, so now we know what vlogging is, what are the benefits?

Vlogging is great for a number of reasons. The first is that it helps people who really want to run a blog, but hate writing. By plonking down in front of a video camera and capturing your words in this format, you save a wealth of time in terms of avoiding proofreading, and articulating your message quickly and easily. 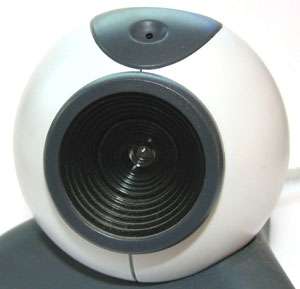 Another benefit of vlogging is that it opens up your message for a wider range of platforms than words will alone. Videos can be captured for YouTube, and are included in search engine returns for sites such as Google, getting you in front of an increased number of people, and attracting more traffic back to your site.

Another advantage is that vlogging suits people who do not necessarily want to sit down and read an article, preferring to capture their information on the fly and get to key points quickly. We all have different learning styles, and the vlog enables our visual audience to respond to messages, as well as people who like to read their news online.

Another key advantage of vlogging is it allows your followers to meet you, as close to in person as possible. It’s amazing how much we can pick up from someone’s facial expressions, body language and image which can never come across through your writing. Your vlog will operate as a virtual shop front for you, your products and services, letting your readers put a face to your name and forge a stronger bond with you than simple text ever could.

All great so far – but there are some disadvantages to video blogs which you may also want to consider. The main one is probably the fact that when we speak, many of us have regional dialects or strong accents which may not translate well to an international audience. With words, people have the option to translate your message online, and you will write without any trace of regional dialect. However, some people may struggle to understand someone with a strong accent from a different country – or even, in some cases, from the same country as themselves!

Another issue is that in order to vlog, you do need to be confident and personable, in a way which word blogging will never require. You have to vacuum your office, put some nice plants in the frame, and brush your hair. You also have to have an element of technical ability in order to get your message across well, and understand the basics of public speaking.

Now you’ve weighed up the pros and cons, why not give video a go? Your audience are probably expecting it, and it’s a fun, innovative and engaging way of giving your message out without having to sit down and write lengthy copy.