This is a newsletter article from the July 2010 edition my monthly email newsletter. If you like it and aren’t signed up, simply fill in the form to the right or at the bottom of this post to join.

We’ve all become accustomed to Reality Television deciding the fates of the z-list, from ‘I’m a Celebrity’ tortures to ‘Big Brother’ nominations. When you consider the places left for reality TV to go, it seems that as a nation we are already scraping the bottom of the proverbial barrel.

Putting social media at the helm

Social media has shown us that it is possible for people to take control of events, determining the fate of certain people. Simon Cowell’s protégé in the UK, Joe McElderry was kept off the coveted Christmas number one spot in the charts in 2009 when Rage Against The Machine pipped him at the post mainly due to online downloads, showing that the power of collective action really can make a difference. 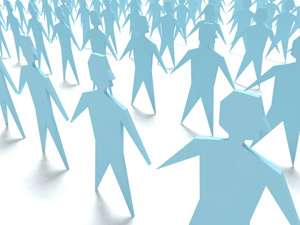 The problem is, it could be argued that reality shows have gone too far. The public are getting bored, which is demonstrated by the fact ‘Big Brother’ is soon to be axed from British TV’s Channel 4. At its peak the program had around ten millions viewers; these figures fell for the tenth series to an average of around 3 million viewers. So, where do we go from here, to get our fix of despotic voting and collective control?

Has an answer been found?

A man called David Perez may have found the answer. This advertising recruiter worked for a week, doing whatever his Twitter followers told him to do, as long as it was legal. Perez’s decision to allow Twitter followers to rule his life for a week came after his boss told him that the only way the company would pay for his trip to the Cannes Lions International Advertising Festival in France was if he allowed Twitter users to tell him what to do while in the country. The site embraced his announcement and word quickly spread throughout Twitter and Facebook.

The idea is to embrace a consumer demand for immediate and interactive participation with the brand that have the biggest significance in their lives. The experiment was conducted in conjunction with one of the seminars during the week; ‘Wildfire 2010: The Here and Now’. The main theme of this particular seminar was spontaneity in marketing, attempting to work with technology rather than to a pre-ordained media plan. Advertisers are trying to embrace new technology to the full and use it to its full potential.

To keep his experiment kosher, Perez recorded everything with a Webcam attached to his glasses. He streamed the video over the Web, without interruption, for the entire week. He only stopped filming when he was showering, or sleeping. Perez may have instigated the new wave of reality entertainment – Twitter cam.

How much is too much?

There’s a great book by Amélie Nothomb and Alice Stevenson, called ‘Sulphuric Acid’. In it, the main characters are taking part in a reality TV show which is watched by millions. The contenders have to battle it out to the death, to win the show. It’s harrowing, but also gives a good commentary about our current lust for entertainment.

Social media is changing, and since the launch of Reality TV we are less likely to be shocked by what we see online. Sites showing bodies decomposing, video streams of funerals and other disturbing images and events no longer have the capacity to appall us as they once did. Does this mean we are becoming desensitized? Or simply that the internet is bringing us an avalanche of smut that we are choosing to ignore?

What is our role as online entrepreneurs?

It’s pretty obvious to anyone who runs an online business, that people’s perceptions of the web and use of social media is changing dramatically. We are now accustomed to knowing much more about the people we work with online, from holiday snaps right through to reading their online diaries.

More people are offering up information without being concerned about privacy, as society is taking up the challenge to be transparent and ‘knowable’ online. When blogging was first launched, people were wary of disclosing too many personal details about their lives, for fear that they would risk endangering their personal privacy. Nowadays, however, most people seem to have thrown caution to the wind.

While this is not necessarily a bad thing, it does pose a challenge to us as online business owners. Our customers expect to know who we are before they purchase products or services from us. This means that even if we don’t necessarily agree with the new transparency online, when it comes to people making a purchasing decision we have to decide to be more accessible as vendors.

Accessibility can take a number of forms. It can involve using photographs of you and your business premises, to mirror the shopping experience consumers get when they walk down their high street. It also involves being an active, personal voice on your blog and consumer sites, so your customers can get to know a little about you before they make their purchasing decisions.

By placing yourself at the heart of your brand, you’ll encourage a loyal customer base who feel they understand you and how you operate.

What happens when things go wrong?

A friend of mine recently found himself at the receiving end of a barrage of abuse over an error he made when procuring copy for his site. The writer of the copy discovered that his material had been used, and began a hate campaign against my friend, even though the material had been sourced in good faith. Through Twitter, Facebook, his own site and LinkedIn, the writer began a huge project slandering my friend.

This is an example of how it can be damaging to reveal too much of yourself online. With social media channels open to share information among complete strangers, when a relationship turns sour it can damage your reputation.

The conclusion to this is that you need to strike a balance between offering too much about yourself online, and presenting a professional but open brand. Be savvy – protect your personal and business interests, be wary, but try opening your business to interested customers by introducing yourself online to build rapport.

You can’t visit many blogs these days without seeing the Twitter logo and being invited to ‘Tweet’. Twitter is a micro-blogging tool which is becoming more and more widely-used and no longer seen as just a bunch of people “writing about what they had for dinner” (I had a salad by the way…). Here are a few ideas on how Twitter is beneficial for you or your business:

As a research tool:

It allows you insight into an amazing community of people from around the world to find out what they are thinking, feeling and experiencing in different ways. In a sense, Twitter has become a news service where you’ll quickly find if there is a breaking story somewhere in the world, by watching it. It is getting more popular because it’s very quick and easy to use. A wide variety of people use it because of the character limit of the messages, which keeps communications brief, convenient and productive.

For collaboration and networking:

Ongoing interaction is helpful for your business, in a number of different ways. It can support you to generate new ideas, or get you in front of potential new customers or collaborators. For your existing customers, it can inspire confidence and let people know what you are up to, encouraging them to stay in touch. It can also create significant relationship opportunities which are useful both now, and longer term.

Twitter is all about encouraging people to stay in touch! If your Twitter page is not driving direct traffic to your blog, then it’s not doing its job properly. There are many ways to drive direct traffic to your own website, from your page. You need to use these key benefits by posting regular, informative ‘Tweets’ to your followers to keep things lively and interesting.

As a marketing tool:

For marketers who use it, this is a great way to reach out to a different demographic. For those who are not able to commit to regular blogging, particularly due to time restraints, it could be the answer for social marketing. Using it is an interesting exercise for companies, to try communicating their own announcements.

To reinforce your brand:

You can use it to expand your brand or to show a different side of you. Some people inject humor into Twittering that you don’t see on blogs. There’s also something a little more personal about many of the people on it, letting you see the ‘real’ person behind the business image.

Twitter can potentially drive traffic and promote content to your primary sales site. It offers a tool called ‘Twitter Feed’ which will take the titles and URLs from blog feeds and publish it on your account. This is a great way to promote your content, without you having to lift a finger.

You can increase the popularity of your profile page with the help of some tricks. Find people’s Twitter pages which rank highly. For Example, ‘Brent D. Payne’ is a popular user who has a 7 page ranking and 21,720 followers to his profile. If you can link to a well-visited profile page, your profile will get popular and ranked in return.

Now you can use your cell phone to post updates! This will help you to keep up with fresh and related content from anywhere, any time. You can very easily post text from your cell phone as Twitter allows 140 characters for one post. Updating your profile page frequently will bring people back to find what you are posting.

To assess your audience:

Through Twitter, you can get the sense of what people think about a subject, which is a very positive way of making sure you post well. It helps you to know people better, and supports you to keep updated on the thoughts of your potential readers and their requirements, and then cater for them.
All in all, it’s a convenient, fun and simple tool to use which holds a number of benefits over conventional tools. If you’re not Tweeting already, perhaps it’s time to sign up?

There are may other benefits, what are your favorites?