You may wish to read Part 1, Part 2 and Part 3 first where I talk about the idea for the plugin, early proofs of concept, and getting to the current release version.

There have been quite a few questions about the plugin, so I’ll try to answer some of them here.

What is Pro Blog Stats?

It’s a WordPress plugin that pulls in publicly and privately available statistics about your website(s) / blog(s) and pulls them into your WordPress dashboard.

What version of WordPress is required?

Version 3.1 and above is preferred. It may work on lower versions but that’s up to you!

You must have PHP5 or above. PHP 4 will not work, any decent webhost should either easily upgrade you or already be on PHP 5.

How much is it?

There are free and paid versions of the plugin. See our plans/pricing page for more details.

What isn’t it all free?

Gathering the statistics data from tens of sources and storing all that data is quite resource intensive and there is a cost associated with this. It costs us for you to use the plugin, even for the free version, so we have to recoup some of that cost with more intensive plans.

Will this plugin add tracking code for different services into my blog automatically? (Google Analytics, etc)

No, the plugin does not add any tracking code to your site. While it does not require any other plugins to run, you may wish to use plugins for services such as Google Analytics, Clicky, Postrank etc in order to add the tracking code and make the stats available to Pro Blog Stats (if your version supports those stats). Pro Blog Stats will not interfere with any of these plugins as it gets the stats directly from the services themselves and not the plugins.

Why isn’t AWeber included?
This is a common question! We did at one stage have AWeber stats in but their API does not provide a simple count of subscribers by list. To avoid storing any private data we had to do a one-time on-demand calculation that got this statistic. Due to the limits of the API this often failed and brought back incorrect numbers. Rather than provide incorrect numbers we have removed it from the plugin for now.

Do you store any passwords?
No, we avoid asking for any usernames or passwords. Where required we use authentication, like for Google Analytics.

Any other questions please let us know!

Those of you read my site and emails regularly will probably have heard of Pro Blog Stats, a WordPress plugin created by myself and Andrew Rondeau that pulls in stats from multiple sources and reports them into your WordPress dashboard. It’s a massive time saver and allows you to easily and quickly see actionable data about your site performance without all the associated hassle.

Pro Blog Stats gives you over 50 different statistics about your blog or WordPress website – all on one page, within your WordPress dashboard. With Pro Blog Stats, you no longer have to log in to all your different accounts (like Google Analytics, Twitter, Facebook) to see your statistics. Enough of the sales pitch though, this is the story of how this came to be….

The Genesis of an idea

I used to work in the corporate world, for a couple of very large companies, which employed thousands (and even hundreds of thousands) of people. A lot of my job involved numbers and statistics. George Bernard Shaw once said:

It is the mark of a truly intelligent person to be moved by statistics.

Who am I to argue with him? I spent a lot of time analyzing those statistics and creating recommendations from them and implementing them. However I spent 10x that amount of time gathering the data.

Organizations large and small often have huge volumes of data. In one case I dealt with it came in on reams of dot matrix printer paper. This isn’t 30 years ago, less than 10.

Volume of data is not so much an issue with powerful computers and database tools, however what the biggest issue was, and still is, is the large number of different locations this data is held. In the blogging world you can have your traffic stats in Google Analytics, real-time stats in Clicky, RSS subscribers in Feedburner, Facebook and Twitter followers on their sites, StumbleUpon shares in your SU account, AWeber subscribers in your AWeber account, and so on for seemingly forever.

One day in my job, my boss asked me for a report. Several hours later he came over to ask whether the report was ready, and I replied that I was still working on it. His response? “Stop messing around and get me the report!”.

However I haven’t been messing around (in fact he didn’t say messing, it began with an F…), I had been trying to put together a report from 12 different sources with about 30 different pieces of data. It was actually 27 pieces of data. I remember because later on I had to do it two or three times a week.

The idea of a dashboard to report sales or display statistics is nothing new, however achieving this goal can be extremely difficult. We worked for weeks to produce a report that saved a large amount of time and hassle, not only for me, but my boss could not request report and have it in a few minutes instead of a few hours.

Pro Blog Stats was born of a similar frustration with the amount of effort and time it was taking me and my clients to monitor performance and progress of our WordPress websites and blogs.

The initial idea for the plugin came over three years ago now, and in the next part I’ll go through the process we’ve experienced with it.

I’ve been thinking a lot about blog analytics and measuring progress and success. There are lots of measures and measurers (not a real word) out there and it can be consuming what stats to believe. Here’s what I look at (I’m excluding revenue and income and any other financial measures): 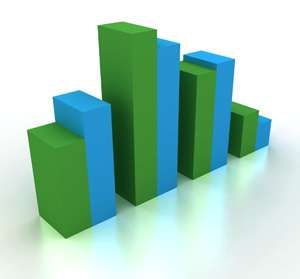 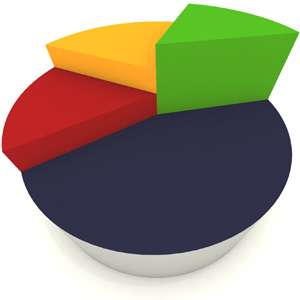 How often do you check these stats? Daily, weekly, bi-weekly or monthly? It’s not easy to know what to follow, what is important and what to measure and even remember to keep track of it all. So how do you do it? I don’t know is the answer! Some people do it manually by simply remembering, some use spreadsheets, some get reports emailed to them, some have their assistants compile info for them, some have complicated systems involving gathering pieces of information ad-hoc and automatically from various places.

Most of us I guess just check them when we remember and have the time. Do you? What else do you measure? Ad-clicks? New acquaintances? Backlinks?