Have you heard the old adage, never put off until tomorrow what you can do today? It may be something which our grandparents mumbled at us when they saw our bedrooms could do with a tidy up, but it remains as true today as it did generations ago. When we put things off and procrastinate instead of getting down to work, a host of negative things happen which can sap our enthusiasm and leave our sites out of date, our admin piling up, and our work/life balance looking decidedly… unbalanced.

Procrastination is so easy to fall in to. It’s a natural human response for us to delay and put off the things which we don’t fancy doing.

How often have you sat down to attempt a particularly difficult project, only to leap up in under ten seconds and decide you really need a coffee, or the bathroom, or to watch something gripping such as The Deadliest Catch on TV? Our brains will naturally pop all sorts of ridiculous excuses in to our heads in order to steer up away from tackling something which we are not looking forward to, meaning we can put things off indefinitely. 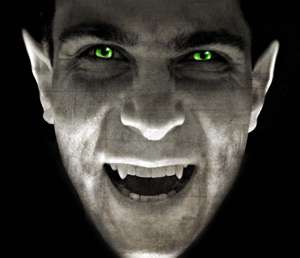 The problem with procrastinating is that once we have shied away from tackling our big project for a couple of days, months or years, it grows in stature in our minds. It becomes bigger, more unappealing and more difficult to think of actually achieving it, as time goes on. Think about the times you’ve put off something which you weren’t looking forward to. The first time, you imagine you’ll go back to it the following day. The second and third times, the gaps between acknowledging it needs doing it, and attempting to do it, grow longer. After a solid bout of procrastinating, the task becomes evil, impossible and frankly nauseating to think of.

On the other hand, think of a situation where you’ve actually achieved something which you had put off for a while. You feel so darned proud, and pleased to get it out of the way. Whether this is writing an article of re-vamping your web site, there is no greater feeling of achievement in business than getting your ‘big bad job’ nailed, and moving on smugly to something more appealing.

The main way of beating procrastination is actually to tackle it head on. Be aware of the times when you are deliberately not approaching a task, catch yourself in the act of putting it off, and force yourself to act. Now. Before the television sucks you in, or you decide you really need to walk the dog right now. Our brains can be slippery customers – they are powerfully experienced in the art of delaying unpleasant activities, and will do everything in their power to make sure we reach the end of the day with our big bad project left untouched. In a way, we could treat procrastination as a habit as damaging as alcoholism or smoking, with as much negative persuasion as our minds level at these two vices.

People who procrastinate become stressed, miserable and low in confidence. They forget how to tackle issues head on, instead choosing to face the other way and get on with something else. The large projects, such as developing a new product, or rebranding our sites, need doing now. Today. Before they grow in status in our minds and become impossible to achieve.

Whether you are a subtle procrastinator who simply puts things off until the very last minute, or the more experienced delayer who simply shies away from tackling unpleasant tasks, it’s time to re-learn how to jump in, roll your sleeves up and get on with things. Which is exactly what I’m trying to do, and will get on with as soon as I’ve finished writing this post….

2 thoughts on “Procrastination: The Evil Nemesis Of Blogging”