The World Wide Web is a big virtual playing field, with a diverse range of people from all walks of life and cultures playing on it. Arguably, the internet can be viewed as the largest community of uncensored speech ever known, with people from all over the world stating their views and opinions online in a relatively free space.

While some countries have strict rules regarding what can and can’t be said online, the majority of geographical areas are permissive when it comes to sharing views and opinions, understanding the need for a democratic approach to policing the data which gets published.

That said, there are a number of organizations out there who feel that internet policing is too strict, and laws need to be changed to enable a true representation of opinion and the complete removal of censorship on online vehicles such as blogs, forums and websites.

Understanding the laws on free speech over the web 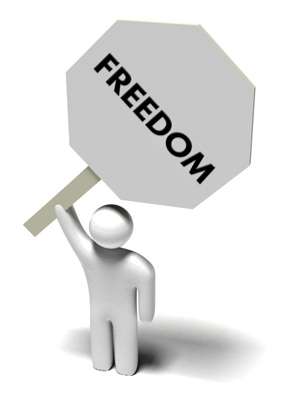 Bill Clinton was the first person to modify the law for internet content in the US, when he passed a ruling in 1996 stating that indecent or patently offensive material should be classified as criminal. The Telecommunications Bill included the Communications Decency Act (CDA), which made certain forms of communication governed by federal law.

The ruling led to a number of organizations springing up to defend people’s right to express themselves freely online, one of the most notable being The American Civil Liberties Union (ACLU). ACLU and nineteen other not-for-profit groups challenged the bill, suggesting that it contravened the First Amendment’s right to free speech. They were concerned that the law prevented parents from deciding for themselves what material their children could access online, and raised fears that the language in the bill was too generic, as it didn’t define what ‘patently offensive’ actually meant.

Advocates of free speech online felt that the broad terms used by the bill made it easy for people to be persecuted for sharing opinions even if they were law-abiding citizens.

A panel of three federal judges in Philadelphia ruled in favor of the ACLU, and removed the provisions which had been passed. In 1997, the US Supreme Court confirmed that the CDA ruling violated First Amendment rights to free speech.

The judges stated: “As the most participatory form of mass speech yet developed, the Internet deserves the highest protection from government intrusions. Just as the strength of the Internet is chaos, so the strength of our liberty depends upon the chaos and cacophony of the unfettered speech the First Amendment protects.”

Since then, initiatives such as the Internet Neutrality scheme and further law suits have left the web largely unpoliced when it comes to censorship in the US. There are a number of organizations who are fighting hard to keep the internet free of censorship, including:

As time goes on, and threats from terrorism or fundamentalist groups challenge the rights of people to have freedom of speech online, it is likely that the US government and opposing organizations will find themselves in the middle of a bitter battle to see who will prevail.

While we all recognize that having the freedom to express ourselves online is a basic human right, we also acknowledge the need for censorship when it comes to preventing extremists from voicing offensive views. The battle continues!

3 thoughts on “What Are The Laws Of Free Speech When It Comes To Blogging?”