This was originally just going to be a list post of reasons to leave comments on other people’s blogs (and still will be), yet a couple of incidents has made it more timely. Recently I had a very interesting discussion about internet marketing over at my post about the Third Tribe.

[Sidenote: I encourage you to read that post if you have time, as I received a couple of comments (via email not in the Comments) about how I was unfairly dismissing the Third Tribe and how I should be more understanding. Perhaps I didn’t explain myself clearly or they hadn’t read my article fully. While there have been a lot of posts slamming the Third Tribe, mine was not one of them. I applaud the idea behind it, I just think the communication behind it and the implementation could have been much better – though no doubt that will improve in time and probably already has. The fact I’m mentioning it in the second post in a week proves that is has good traction, and at over 2,000 members at $27 per month (now at $47 per month) I’m sure members will receive plenty of great stuff for their money.]

What was also interesting besides the discussion itself was the issue around the comment system on my blog. I have DISQUS installed and it just so happened that they had issues on the morning of the post. This caused one commentator to get an approved message while I was fast asleep only to come to the site to see it missing and then think it was deleted. And then complain about it.

It was all sorted out in the end, but then I saw Engadget, probably the biggest gadget blog on the web, has turned off comments for a while. Some large sites like YouTube and Digg can attract the most atrocious comments you’ve ever seen, the veil of anonymity (or illusion of it) seems to take some people to places I’d rather not go. 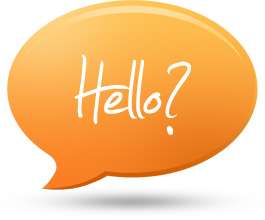 Stop thinking of blog commenting as a chore

I don’t know where the myth came from that the best reason for commenting is to drive traffic to your site, but it’s not for me. #1 and #2 should be enough for people to leave comments, it’s not a painful task that is just another chore that is to be completed each day. At least it shouldn’t be.

Are there any more reasons for people to comment? Why should people take the time out of their day to go and make a comment on your site about something you’ve said? What are the reasons that you go to someone else’s site and make a comment? If it’s just for traffic then I think you’re missing out .

113 thoughts on “Why You Should Leave Blog Comments”